Otherwise known as Black Panther for geeks, Ready Player One is the new SciFi action adventure film from award winning director Steven Spielberg. The film adaptation is based on the book of the same name released in 2011 by Ernest Cline. Set in the year 2045 in a dystopian future where life is so incredibly sucky that almost everyone spends their life in the OASIS, a virtual universe created by the brilliant eccentric game designer James Halliday. People use the OASIS to work, play, hang out with friends and generally just escape the real world. When the creator passes away, he leaves in the OASIS possibly the biggest easter egg ever.

Gamers and comic book fans (along with anyone who’s ever seen a marvel film) know that easter eggs are inside jokes, hidden messages or secret features often found in games and movies. The most common examples usually reference an earlier work or a link to future surprise, and in gaming this usually comes with a bonus achievement. For the people of the OASIS, finding the egg means winning ultimate ownership of the OASIS along with Halliday’s immense fortune. 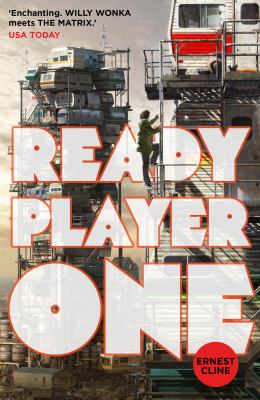 This film is a fantastic collection of references from so many popular games, movies and songs of the last thirty years or so. Many critics will say that the pop culture references are almost overwhelming, but for me as both a gamer and film fan, that’s what makes it fun! Each time you watch, you recognise another favourite character or item. Many items and references are from other Steven Spielberg films but there are plenty more to choose from. Some of the more recognisable are characters from TRON, Akira, The Lord of the Rings: The fellowship of the ring, Back to the Future, A Nightmare on Elm Street, Tomb Raider and Duke Nukem. The chance to see the Iron Giant back defending the weak brought tears to my eyes in remembrance of his sacrifice in the original film (Yes, I still cry watching cartoons, and so should anyone with feelings!). IMDB lists the number of references or connections to other films at 172 – you can see the full list here.

The star of the film is Parzival the avatar of Wade Watts played by Tye Sheridan, who has been acting since around 2011. He is most recognisable as Scott Summers from X-Men Apocalypse and Ben from Scout’s Guide to the Zombie Apocalypse. As most of the film is set in the OASIS – the characters are usually represented by their avatars. One of the more interesting avatars is I-Rok played by T.J. Miller who’s voice is becoming almost as recognisable as Patrick Warburton due to his roles in the Deadpool films, Big Hero 6 and as Tuffnut in How to Train Your Dragon. For me, this film was fun, frivolous and action packed. From beginning to end it’s filled with car races, battles, adventures, frights and laughs. I hope you enjoy it too!