That might seem like an odd question but anyone who watched…and became addicted, to the TV show Veronica Mars would understand.

Veronica, the teenage detective from Neptune, California who dealt with some pretty heavy cases in the early 2000s has never really disappeared as far as fans are concerned. If you liked the show, and you had to put in a little work to love the show when it first aired, then you probably never stopped loving it.

I have put some very spoiler-heavy trigger warnings at the bottom of the post if you want to know, but those who don’t can easily ignore them.

For the non-Marshmallows out there the show is about Veronica Mars, the teenage daughter of the ex-sheriff of Neptune. Her best friend is murdered before the beginning of the first season. She is ostracised when her father accuses the most powerful man in Neptune of Lilly’s murder. This completely changes Veronica’s life but we first meet the new Veronica who has gone through these intense changes and come out the other side more snarky and decidedly more interesting. We do get to see the ‘old’ Veronica through flashbacks which is also where you get to know Lilly, see the life that Veronica had before, and see the people who now make Veronica’s life hell and used to be her friends.

I could not recommend this TV show enough to people. Like Buffy, Hermione Granger, and ??? Veronica Mars is smart, interesting, and she independent is all the best, and some of the worst ways.

There a hint of super-fan to my enjoyment of this show but I have good reason. Veronica is interested and complicated, she has one of the best TV dads ever in Keith Mars. There is a character called Dick Casablancas who lives up to the name. There is the most badass motorcycle gang ever (hehe), along with a host of interesting cameos. There is also Logan. And a guy named Piz.

Ten years after the show the writer Rob Thomas went out and got crowd-funding from fans to make a movie (the fans were still so in love with Veronica that the Veronica Mars movie broke all sorts of Kickstarter records). Then there were two books that follow the movie chronologically. And soon there will be another short season. So now is the perfect time to get into Veronica Mars if you haven’t before.

In the wealthy, seaside community of Neptune, California, the rich and powerful make the rules. Unfortunately for them, there’s Veronica Mars, a smart, fearless 17-year-old apprentice private investigator solving the town’s toughest mysteries.

Throughout this season Veronica is solving cases, solving her own past mystery, riddling out all of the reasons her life changed, and most importantly solving Lilly’s murder.

In season two, the Mars family find themselves embroiled in another season-long mystery hitting closer to home following a new local tragedy. Veronica must also deal with her increasingly complicated romantic life and a whole new school year.

This season sees us through the consequences of the previous season as well as giving us a new mystery.

Teenage sleuth Veronica Mars continues her detective work during her first year as a student at Hearst College.

The last season of the first era of Veronica Mars sees her go off to university at one of these ‘it’s so convenient how close this uni is to the original setting of the high school show’ and though she tries to leave that sleuthing past behind her she just gets sucked back in.

On the eve of graduating law school, Veronica Mars has put Neptune and her amateur sleuthing days behind her. While interviewing at high-end New York law firms, Veronica Mars gets a call from her ex-boyfriend Logan who has been accused of murder. Veronica heads back to Neptune just to help Logan find an attorney, but when things don’t seem right with how Logan’s case is perceived and handled, Veronica finds herself being pulled back into a life she thought she had left behind.

No longer the teenage sleuth we last saw. Veronica is now a fully-fledged adult who has left Neptune far behind. But she can’t help but go back to help Logan and then, as always happens, things conspire against her to pull her back in.

Then movie brought back everything we loved about the show…and gave us new things we never knew we wanted. 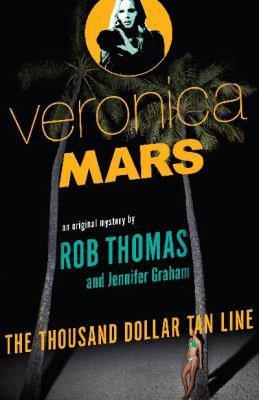 Ten years after graduating from high school in Neptune, California, Veronica Mars is back in the land of sun, sand, crime, and corruption. She’s traded in her law degree for her old private investigating license, struggling to keep Mars Investigations afloat on the scant cash earned by catching cheating spouses until she can score her first big case. Now it’s spring break, and college students descend on Neptune, transforming the beaches and boardwalks into a frenzied, week-long rave. When a girl disappears from a party, Veronica is called in to investigate. But this is no simple missing person’s case; the house the girl vanished from belongs to a man with serious criminal ties, and soon Veronica is plunged into a dangerous underworld of drugs and organized crime. And when a major break in the investigation has a shocking connection to Veronica’s past, the case hits closer to home than she ever imagined. In Veronica Mars, Rob Thomas has created a groundbreaking female detective who’s part Phillip Marlowe, part Nancy Drew, and all snark. With its sharp plot and clever twists, The Thousand Dollar Tan Line will keep you guessing until the very last page. 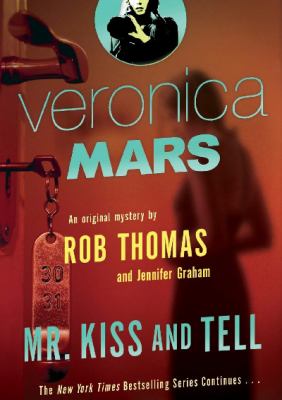 Mr Kiss and Tell by Rob Thomas and Jennifer Graham

The Neptune Grand has always been the seaside town’s ritziest hotel, despite the shady dealings and high-profile scandals that seem to follow its elite guests. When a woman claims that she was brutally assaulted in one of its rooms and left for dead by a staff member, the owners know that they have a potential powder keg on their hands. They turn to Veronica to disprove or prove the woman’s story. The case is a complicated mix of hard facts, mysterious occurrences, and uncooperative witnesses. The hotel refuses to turn over its reservation list and the victim won’t divulge who she was meeting that night. Add in the facts that the attack happened months ago, the victim’s memory is fuzzy, and there are holes in the hotel’s surveillance system, and Veronica has a convoluted mess on her hands. As she works to fill in the missing pieces, it becomes clear that someone is lying but who? And why?

Why do I think you should give Veronica Mars a go?

This is my opinion, given with great fangirl zeal. Obviously Veronica could and is every place on this list so I’ll go with non-Veronica options.

But in all seriousness…

Fifteen years after the first episode aired we are getting a fourth season of the show. All books and movies that came before are still canon and we pick up after them with Veronica, Logan, Dick, Keith and hopefully everyone else as well.

So, now is a great time to catch up or re-watch Veronica Mars.

School holidays @ Success Library. Have you booked yet?

The Revenant: A long-awaited award for DiCaprio