How lovely it is to have you all back in the library with us even if we still can’t see you at Storytime. The upside is that we can still bring you these Virtual Storytimes.
Today’s one is about feelings but especially about being brave and being scared.

I loved reading today’s books but I also wanted to share another book with you today that you can share together at home. 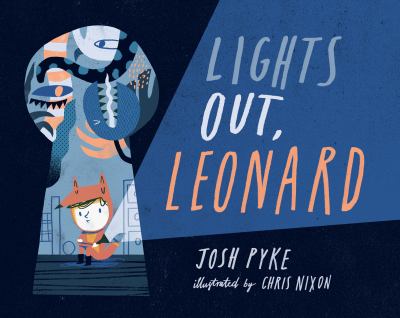 Lights Out, Leonard by Josh Pyke and illustrated by Chris Nixon

Leonard doesn’t like bedtime, especially when there’s a five-nosed, seven-tailed, eleven-handed, scaly-waily monster hiding in the corner of his bedroom. It seems like Leonard will never sleep again … until he discovers a mysterious book called How to Frighten Monsters.

I stumbled across this book as it arrived at the library and it’s a delight. I love the ingenious way Leonard’s parents helped him overcome his fear.

I found this recipe on the ABC Kids website – Recipe Book. It’s a recipe for French Toast.

I have never made French Toast before and, as I have coeliac disease, I’ve never eaten it out either so this was a new one for me.

This is the toast I made with the recipe as on the website. I think I needed to have turned the heat down a little. It was nice but a bit bland.

So, I did a little googling and found that some recipes call for sugar and spice.

I didn’t want the toast to be sweet because you add maple syrup so I found my little stash of cinnamon sugar from the last time I made baked doughnuts and did a sprinkle of that. Then a little extra sprinkle of cinnamon and made another set of toast.

This was yummy. I certainly wouldn’t add any more sugar than the sprinkle I added and it might not even be needed – maybe the cinnamon was really the thing but I would make this slightly tweaked recipe again.

Learn some of the Auslan signs for feelings: