What is a cautionary tale?

At its most basic a cautionary tale is all about warning others of a danger.

Traditional cautionary tales were very explicit – the character was warned about something dangerous, they ignored it and did that thing anyway, there was a terrible (and often very gruesome) outcome that confirmed that they should have listened in the first place. Therefore, the listener/reader was now cautioned away from a similar fate.

You can probably think of cautionary tales from your own childhood that suit.

In today’s Storytime post, I’m going to talk about some books with a cautionary element. 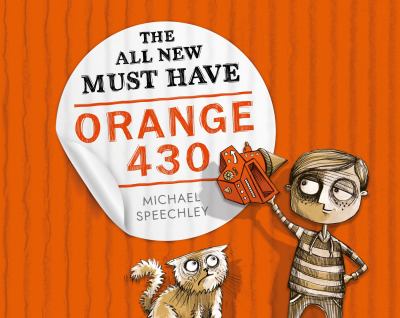 The All New Must Have Orange 430 by Michael Speechley

Harvey owned a heap of stuff, but could always use more. The Orange 430 was the latest and the greatest. Harvey wasn’t sure what it did, but he had to have it! A cheeky picture book for anyone who’s bought a thingy or whatsit . . . and doesn’t quite know why.

This is the book that started me thinking about writing a post for cautionary tales. Because I read it and I thought about all of the MUST-HAVE, brand new, just released stuff that we get bombarded with. I thought about advertising and how it is so scientifically engineered to make us think we need something even if we don’t – or to think we need something bigger, better, faster, newer, more-expensive when we could be perfectly happy with another option. I thought about how well and how simply this story explained the NEED, and then the realisation that…actually, I didn’t need that thing after all.

Harvey sees that the brand-new Orange 430 is released and needs to buy it so he gathered together some money and goes off and gets it. But then (after getting through lots of useless packaging and trying to work out what to do) Harvey realises it is actually…just…useless. Harvey attempts to get a refund and in the end he, and the other people looking for refunds, realise they could be having more fun with the cardboard boxes than they have with the stuff inside and they resolve to save their money for useful things like bikes, kites, and drums.

One of my favourite things in the book is that the corporation that sells Orange 430 is called ‘Useless Object International’.
It’s also really nice to see Australian money in a picture book.
Also, check out the page where Harvey buys the Orange 430 – the pictures made me snort-laugh so hard.

Every evening, Mole comes out of his burrow to watch the twinkling stars in the sky above. How he wishes he could have them for his very own! Then one night he sees a shooting star – and suddenly his wish comes true. There’s just one problem: now that Mole’s burrow is full of beautiful, shining stars, none of the other animals can enjoy them.

I have loved every book that I have read written by Britta Teckentrup and this one is no different. Telling the story of Mole, who loves the stars and wishes on a falling star to be able to own all of them. Mole gets exactly what he wants but then comes to realise that maybe we need to be careful what we wish for because hoarding the stars means that no one else gets to enjoy them and maybe things like stars aren’t something we can ‘own’. In today’s modern world when we see reefs in danger, animals near extinction, and natural beauty disappearing from around us this message that the world around us does not need to be owned but can be shared and enjoyed by everyone if we simply protect it is an important one. 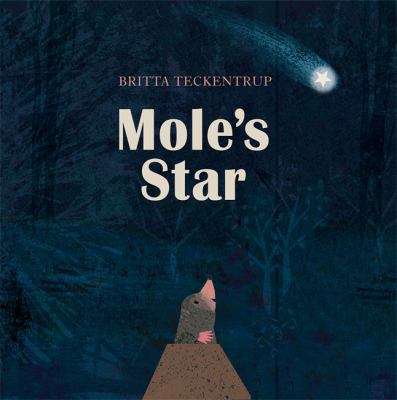 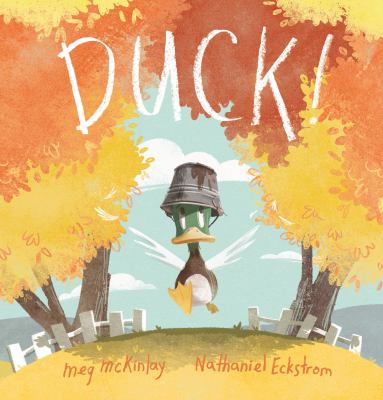 Duck! by Meg McKinlay, with illustrations by Nathaniel Eckstrom

Duck can see that something is falling from the sky. He tries to warn the other farmyard animals by telling them to “Duck!” but they won’t listen…

I love this book. I read it at Bookstars a few weeks ago and I’m looking forward to sharing it at the final Storytime of the year as well.

All of the farm animals are hanging out on the farm when duck comes along and says…DUCK! to the horse, followed by the cow, etc. All of the animals are very puzzled and correct the duck. The animals get more annoyed as duck goes to each one and they rehash the conversation. The language is descriptive and has aspects of repetition which is always fun to share with children when constructed so well. But, then it becomes clear we have some confusion regarding meaning. And duck is not the noun that signifies a water bird but the verb that means…oh my gosh there is a house flying towards this farm and we may be injured if we do not get out of the way. An excellently written and illustrated reminder that we shouldn’t assume what others mean.

A trip to the laundromat leads to a momentous occasion when Trixie, too young to speak words, realises that something important is missing and struggles to explain the problem to her father.

It’s definitely a cautionary tale; Mo Willems has even built it into the title 🙂

Trixie is going to the laundromat with her dad, a nice outing and an important part of life (washing clothes) but…NOOOOOOOOO, she realises that Knuffle Bunny is missing. Not her Knuffle Bunny. There is nothing more important than her Knuffle Bunny!!! So, any adult who knows a child that has a version of Knuffle Bunny knows the terror (and tears and tantrums and total t-t-terribleness) of this prospect. Thankfully, at the end of the book Trixie and Knuffle Bunny are reunited but it is a great reminder to take care of the things we love (and the things that our loved ones love). 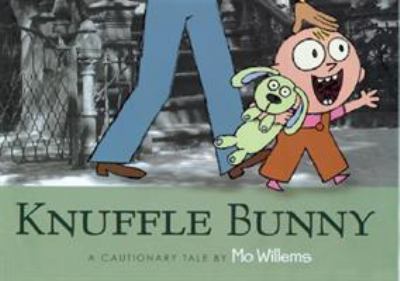 Five silly monsters jumping on the bed
One fell off and bumped its head!

Mummy called the doctor and then she said:
“No more monsters jumping on the bed!”

And a reminder that taunting and teasing lead to bad things…

No Little monkeys
swinging from a tree,
I’d better watch out
Or he might catch me!

What better than an Orange 430 star to make at home? And this star you can keep for your very own without having to worry about depriving anyone else of such beauty.

Book Highlight – What’s that THERE?