This storytime is all about dinosaurs. Seriously, what kid doesn’t love dinosaurs? They’re big, they have weird hard to say names, some are cute and some are scary, some have little tiny arms and can’t scratch their noses and it’s super funny when dad pretends to be one! Also, there are SOOOOOO many movies and books about dinosaurs! Like, literally hundreds!!!
Here are just a few from our collection… 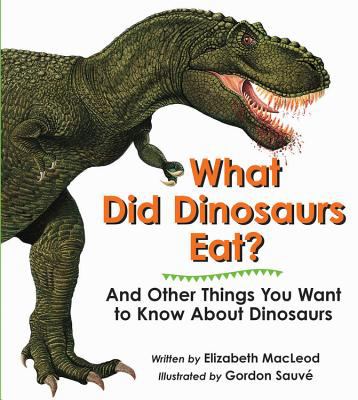 What did dinosaurs eat? : and other things you want to know about dinosaurs / written by Elizabeth MacLeod, illustrated by Gordon Sauve.
This book is a fantastic little non-fiction book for the younger readers. Introduce your little one to correct dinosaur names like Coelophysis and Maiasaura. Kids will be inspired to begin their paleontological pursuits as you teach them what dinosaurs ate, how big they were and just why they had those crazy horns, spikes and plates all over their bodies! 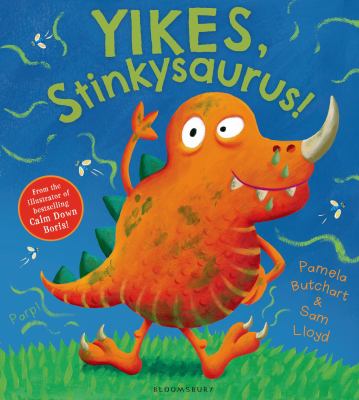 Yikes, Stinkysaurus! / by Pamela Butchart & Sam Lloyd.
“The dinos rushed for cover, when Stinkysaurus was about! He smelled so bad that just one whiff, could knock a T-rex out!”
Oh, I do love a rhyming book, and this one is definitely worth a look! It was such fun, it made me laugh and might even convince my kids to bath! 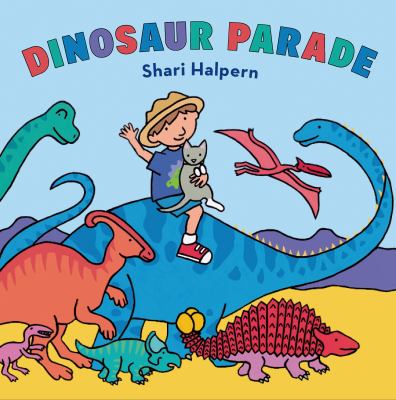 Dinosaur parade / by Shari Halpern.
Calling all preschoolers who love prehistoric creatures – come along on this colourful parade with dinosaurs of every shape and size! This is a terrific introduction to the world of dinosaurs for very young children. (Text from publisher’s blurb).

If you’re a dinosaur & you know it

What else do dinosaurs do?
…have a roar…
…stomp your feet…

What to do
–  Cut your paper plate in half
–  Cut out feet, tail, head and spikes
–  Colour your dinosaurs body with paints or textas
–  Glue or tape your dinosaur body parts to the back of his body.

Our dinosaur Storytimes will be in the week beginning the 14th of November at Success Public Library – we look forward to seeing you there.