Yo ho, yo ho, a pirates life for me! Real pirates may be ruthless criminals who had their hey-day over 300 years ago, but luckily for us the pirates in countless children’s books are a slightly less threatening bunch! 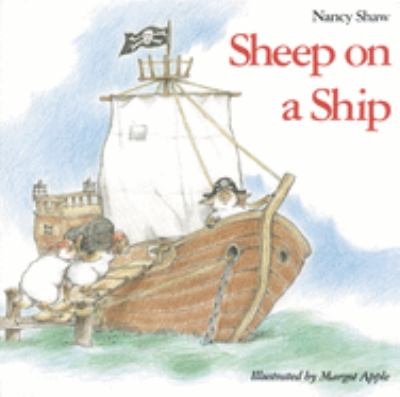 Sheep on a Ship / by Nancy Shaw and Margot Apple

Those Sheep in a Jeep are now on a Ship, and plenty of trouble ensues! The sheep are excited for a sailing trip, but it’s not much fun when a giant storm comes along. The sentences are short and beautifully rhyming, with plenty of alliteration. Careful of the tongue-twisters as you’re reading out loud! This is a great book to share, and can even be attempted by beginner readers.

Unfortunately this book is unavailable to be borrowed from the library collection, as it has beautiful, elaborate, very delicate pop-ups! A small boy is about to go on a big adventure, thanks to some very mischievous girl pirates. What could they be up to? This simple story comes alive with the interactive pop-ups, and the ending should leave you with a smile. 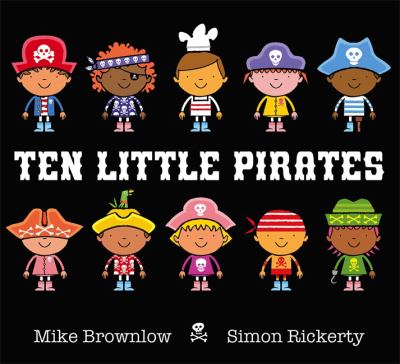 Ten Little Pirates are sailing the seas, and not having much luck! We get to count down the pirates as they meet rather grizzly ends, but they do have a happy ending eventually!   The bold, brightly coloured illustrations makes it easy to count the pirates remaining on each page, and the rhyming text is a delight to read aloud. This book has been short-listed for several awards, and it’s easy to see why. 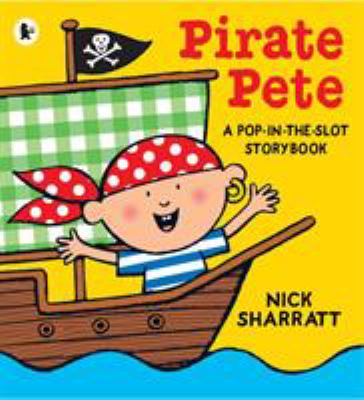 This is another just-for-storytime title unavailable to borrow, but it’s worth investing in this fun little book for your own collection. Pirate Pete, by the wonderful Nick Sharratt, is a ‘Pop-In-The-Slot’ book, which means the story is different every time! What does Pirate Pete see in the sky? A seagull or a spaceship? Maybe even a donut! Each double page has six different cut-outs to choose from, and unfortunately my maths isn’t good enough to tell you how many variations that can make! Rest assured it is plenty, and kids will get a kick out of telling a different silly story each time.

This is a fun finger rhyme.

Ten Little Pirates stood in a row (hold up fingers)

They marched to the left (move hands left)

They marched to the right (move hands right)

And gave their captain a fright! (raise hands to face in surprise!)

A Sailor went to Sea

You can keep this song going for as long as you can think of silly things. See how long it takes to get annoying!

Five Pirates On a Treasure Chest

We did this as a white board rhyme with pictures, but it could also be a great fingerplay.

Three pirates on a treasure chest, one jumped off and two are left.

Two pirates on a treasure chest, one jumped off and one is left.

No pirates on a treasure chest. Arr! Now the treasure’s all ours!

If using as a fingerplay, you could use your fist as the ‘chest’ and have a real treasure inside!

Print a picture of a treasure chest, or draw your own.

Colour in the treasure chest- you can add a piratey beach in the background if you would like.

Glue the sequins onto the chest as sparkly pirate treasure. We did get the sequins to stick with glue sticks, but keep wipes close by for sticky fingers!

Arr! You know have a glorious bounty that would make any pirate proud! 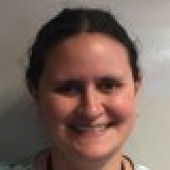 Children's Librarian at Coolbellup Library from 2017 to April 2018.

Frozen 2 – Catch-up Before You See The Movie