The White Mouse: The Story of Nancy Wake by Peter Gouldthorpe 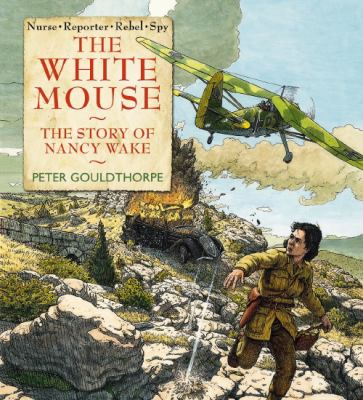 This is one of the several books that deal with the topic of war and were Notable or Shortlisted in this year’s Children’s Book Council of Australia’s Eve Pownall Award for Information Books.

This book is about Nancy Wake – given the moniker of ‘The White Mouse’ by the Nazis.

This book specifically deals with an Australian member of the French Resistance, a Special Operations Executive (SOE) officer, and the most decorated woman of World War II. Nancy Wake was born in Wellington, New Zealand and moved to Australia at the age of two. She studied nursing, trained as a journalist in England before moving to Paris to live as a European correspondent. She met a Frenchman and married. Then the war broke out.

This is a story that touches on her early life but is mostly focussed on what happened after war broke out. And it’s a great biography – told as a non-fiction narrative this book covers Nancy Wake’s initial reaction to the Nazi party, what happened to France, what she did to help with the French resistance, her escape to England, her joining SOE, and returning to France. There are a lot of great details in this book but it is a brief account of what happened. It doesn’t hide details about the fact she was tortured, that she used a range of weapons, or that she killed enemy soldiers, but it does cover all of it briefly without delving deeply into graphic details. This is all told mater-of-factly without any sensationalism.

I found this book interesting, I had heard of Nancy Wake, and I knew a little of what she had done. And this book left me wanting to know more – not because it didn’t cover lots of very interesting facts and tell a whole story, but because I know there is more there to know.

This book is a wonderful resource for Upper Primary or Secondary students, with teacher/parent judgements based on pre-reading. I think it did a great job of succinctly and clearly giving an account of Nancy’s life during the war. And she survives…which is something positive to end the book.

All of the different things that Nancy did during the war is given the same time and respect as part of the biography and it is all told from a very objective perspective even if she’s the hero. It’s got a good pacing and was quite a lovely read.

The other part of this book that stands out is the illustrations that have been done. Peter Gouldthorpe used pen and ink and wash to create the illustrations and they are wonderful. The backgrounds feature faded and shadowed silhouettes and newspaper articles that add to the realism of the pictures. The end papers (the inside of the front and back covers) has a map of France at the time with details on the 200km ride that Nancy took to get word to the SOE and gives a good geographical basis for the book. There is a really nice mix of illustration types with some pages filled with illustrations that look like old sepia photos and others that are full page illustrations. They add to the text and give the reader a feel of what life would have looked like at different times of the biography. The illustrations are not graphic but they are honest.

Overall, I give this book a 5 out of 5 and think it is a very good addition to the growing list of books that are dealing with the war with an Australian perspective. It’s great to see that Information Books (or Non-Fiction books) and being written so well and the children have the opportunity to learn more about these topics from reliable sources written specifically for them.

If you would like more information on Nancy Wake there are a couple more adult texts at the library. 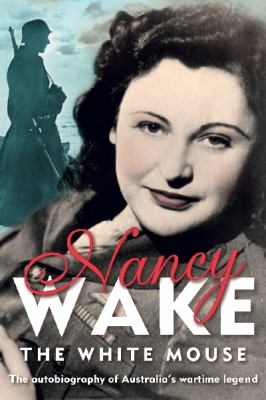 Her own autobiography: The white mouse by Nancy Wake 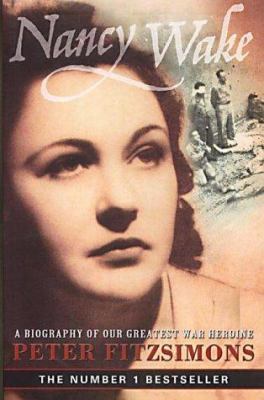 Nancy Wake: a biography of our greatest war heroine by Peter FitzSimons 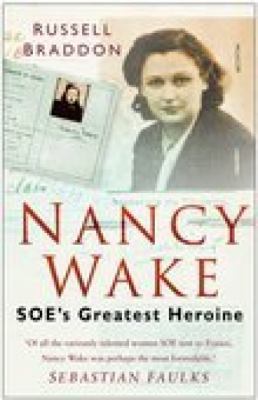