CHILDREN’S BOOK COUNCIL OF AUSTRALIA’S BOOK OF THE YEAR –

In a small town, everyone thinks they know you: Charlie is a hardcore rocker, who’s not as tough as he looks. Hammer is a footy jock with big AFL dreams, and an even bigger ego. Zeke is a shy over-achiever, never macho enough for his family. But all three boys hide who they really are. When the truth is revealed, will it set them free or blow them apart?

You can borrow this fantastic book from Cockburn Libraries as a printed book, or as an e-book via Borrowbox, Cloud Library, or Libby by Overdrive. 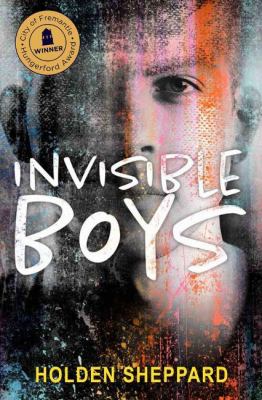 Holden Sheppard’s award-winning YA novel tells the story of three boys and their experiences growing up gay in a country town. We meet Zeke – the nerdy Catholic, Charlie – the punk bad boy, and Hammer – the “ladies man”, and learn about the complex relationships each boy has with his own identity, and his family and friends. The characters are authentic, with traits that readers will like and dislike, and the story is realistic with no easy fixes to the problems that the boys face.

Set in modern day Australia, this book is both relatable and eye-opening as it follows the journeys of the three main characters. It is honest and raw, and an important contribution to Australian fiction.

This book is recommended for older teens and adults due to some confronting content including violence, sex, language, and suicide.

I finally sat down to read Invisible Boys, I read it until there were no words left. It was quite a rollercoaster ride. The story was relatable. It felt real, it wasn’t clouded over with happy endings, like lots of the books out on the market. It was very real, the suicide brought up lots of emotion, as I know some who have not made it through the depression. But it also reminds me of all those people I know who tried in the past and are still with us.

Holden Sheppard is from Geraldton, a regional town in Western Australia. ‘Invisible Boys’ is his first novel and has been met with critical acclaim. He has received a number of awards, and written for a variety of magazines. He is an ambassador for Lifeline WA and the Deputy Chair of Writing WA.

Want to learn more about Holden? Check out his website, Facebook page, or this interview with Compulsive Reader.