Too Much Lip- book review

This book is the real deal, it’s an authentic and fearless story written by Melissa Lucashenko, a Goorie woman and multi-award winning writer. Melissa’s book was shortlisted for the Stella Prize and won the Miles Franklin Literary Award in 2019.

Too Much Lip paints a searing portrait of generational trauma with wit and dark humour. It will have you laughing while trying to absorb the pain and violence of this family drama. It all unfolds in the fictional country town of Durrongo where there’s a sacred island under threat from local developers and a dodgy Council official. The story reverses Aboriginal stereotypes while shining a light on family dysfunction and ancestral injustices. 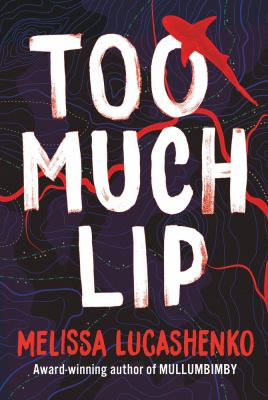 Kerry Salter is a tough, wise-cracking woman with way too much lip, who is trying to escape from a relationship break up and a return to prison. Her Pop is dying so she plans a quick trip south to visit him on a stolen Harley. Coming home, she is soon drawn back to Bundjalung country, especially the river and island where she spent her youth and where her ancestors are buried.

Old family tensions arise while Kerry tries to take care of her nephew. Along the way there are some secrets discovered that will wreak havoc in the Salter family. Too Much Lip is a powerfully told story that weaves in some magic realism with the appearance of the family totem shark which is surreal yet symbolic. It reaffirms the power of family ties and the love, hope and redemption that can ultimately be found there. It is proof that the future lies in First Nations people telling their own stories and the importance of Aboriginal literature.

Hi I'm Deb, the Adult Services Coordinator for Cockburn Libraries. We're planning some exciting events and programs for adults at all three libraries in 2021. Keep your eye out for some new educational workshops, author talks and various entertaining sessions coming your way!