Some music, a few vampires and Wallander's last case.

We have some new gems for you at Coolbellup Library. First up we have the Crossroads Eric Clapton Guitar Festival 2010 DVD. Recorded live in June of 2010, it showcases some seriously good guitar players, playing some very tasty music. The DVD includes interviews and fascinating behind-the-scenes footage.
For the lovers of gruesome police procedurals we have Virals, the latest from Kathy Reichs. This is the first book in a new series featuring Tempe Brennan’s niece, Tory. As the blurb says, mystery, fantasy, forensic science…and heart stopping action ensue.

The Troubled Man is the eleventh and final book in the Wallander series. We see a melancholic Kurt solving a crime dating back to the Cold War. The book combines Mankell’s astute characterisations and unflinching examination of Swedish culture, with a murky story of high level treachery. One for the fans.

For Darren Shan fans we have Ocean of Blood, The Saga of Larten Crepsley: Book Two. The epic young adult tale of the Vampire Larten Crepsley continues in all its black humoured mayhem.
Continuing the vampire theme, we have two new Talking Books. The Fallen Blade by Jon Courtenay Grimwood is the first act of the series The Assassini. It is a strange blend of alternative history, bloody political intrigue and vampires. Not for the faint hearted! Christopher Farnsworth’s, The President’s Vampire in an MP3 format also gives a new take on vampires. As the title says, Nathaniel Cade is the President’s vampire, a superhuman covert agent who has sworn to protect and serve his country for over 140 years. Both of these Talking Books are also available in book format too. 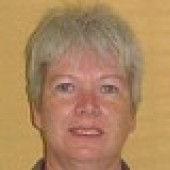 I am the Branch Librarian at Success Library.

Vote for books chosen by you – WAYRBA!