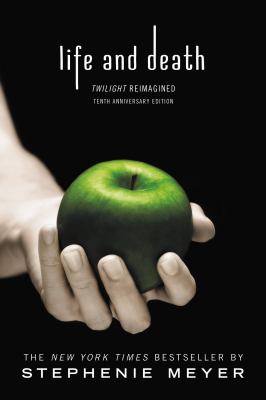 Stephenie Meyer is back with a new Twilight novel! Her original Twilight novel was a massive phenomenon, generating a series of books and movies, and millions of fans. However, all was not perfect for Stephenie Meyer. The internet can be a cruel place and the author kept getting harangued online…   Why does Bella have to be rescued by her “prince” again and again? Why is Bella so weak? The answer is simple: she is a human against vampires. Feminists beware, her weakness has nothing to do with the fact that she is a woman.

The proof is in the pudding.

Beaufort Swan (Beau) moves to the sunless, wet town of Forks to live with his father and finish high school. It has not been an easy decision for him. He misses the sun as well as his mother but it is for the best. She has to be happy, his needs come second. Indeed, Beau is selfless. He is also too tall, uncoordinated and timid.

On his first day of school, his world and his life will be turned upside down by Edythe Cullen. Adopted daughter of Dr Carine and Earnest Cullen, she is fascinating, alluring and mysterious.

A fresh and exciting view on Twilight.

In honour of the tenth anniversary of the Twilight franchise, Stephenie Meyer decided to write Life and Death. The story is set in a parallel universe where most males have become females and vice versa. Of course, the plot is very similar to the original Twilight,  but she manages to add a vibrant and new touch to it.

I really enjoyed it. I actually prefer this book to the original Twilight novel. Beau doesn’t spent his time crying and, yes, Edythe hates herself but she isn’t rude and angry like Edward. The characters seem to fit so much better together. I really understood their passion and love.

I definitely recommend it. I also greatly appreciate the different ending. It made sense to me because it was sadder. It is fitting indeed. In a world where evil exist, what are the chances of a happy ending? Beau and Edythe’s story is more realistic. I had a good time reading it and I hope you will too.

Journey to the Paper Towns, a trip by John Green