Hidden figures: NOT a chick flick

I know a few people that haven’t borrowed Hidden figures because they believe it to be a “chick flick”, or in other words a movie which appeals to a female audience. They couldn’t be more wrong. Is the story of how NASA sent its first man into space girly? Are the intelligent and impressive women behind calculations and engineering not worth seeing by the largest audience? Have we changed at all since gender equality was whispered? Do not be fooled by the cover or by rumors, Hidden figures is well worth watching.

A movie that will surprise everyone.

Katherine Johnson (Taraji P. Henson), Dorothy Vaughan (Octavia Spencer) and Mary Jackson (Janelle Monáe) work at NASA. However, it is the 1960’s and it is the United States. It is very uncommon for women to have jobs in such prestigious fields as astronautics. As women, they already have a big disadvantage to overcome, but it is made  nearly impossible by the fact that they are also African-American. How would anyone believe in them when they cannot even share the same bathroom or the same pot of coffee as the other employees?

They will have to fight to prove themselves. They are the brains behind everything but despite their incredible talents, finding recognition will be difficult to say the least. It is a turning point in the history of America and their Space Race. We finally learn the truth. Don’t miss it.

A story that doesn’t disappoint.

Some movies not only entertain you but teach you as well. Hidden figures is deeply interesting. It is a great plea for equality.

Even though we’ve all been taught at school the injustice of the past, it is always a shock to see it in movies. The divide that existed between blacks and whites happened not so long ago, in term of the history of humanity, we could almost say that it was yesterday. Therefore, it is crucial that we do not forget. Indeed, it can never happen again.

Hidden figures reminds us and inspires us at the same time. Despite everything, those women fought for their rights. They were so smart. They were computers before the machines existed and they deserve to be seen and remembered. I really liked this movie. I hope you do too.

If you would like more information on this story, you can also read the book: 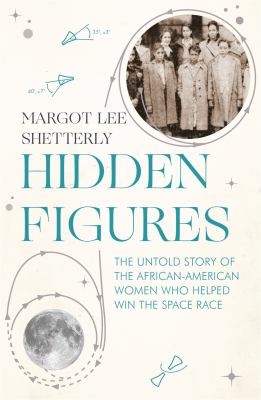 So you want to be an animator..

All libraries are open. Registration is mandatory.Read more
+