Free WiFi in the City of Cockburn

City of Cockburn has extended its FREE public WiFi to include two new locations.

It has been six years since free WiFi was introduced throughout our libraries, and now the City of Cockburn has added two new hotspots to its free WiFi network, Cockburn ARC and the Bibra Lake Regional Playground. Free WiFi has now available at many of your favourite spots around Cockburn, with more to come in 2017/18. 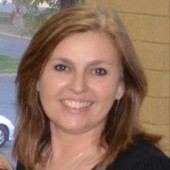 An evening with Rachael Johns

Win a Nintendo Wii! – during June

All libraries are open. SafeWA registration is mandatory, but masks aren't.Read more
+