Book review – Enigma of the dark

Enigma of the dark:

the case of the Claremont serial killer 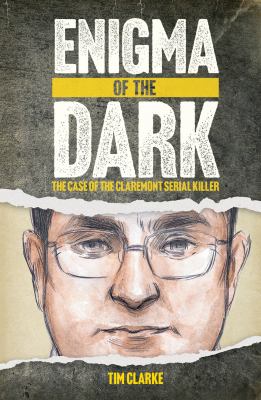 It is a trial like no other because of the combination of its length, its size and the high degree of public interest. The events in question occurred more than 20 years ago but have haunted the memory of many people and troubled the public conscience.”

– from summary of judgement by Justice Stephen Hall

Enigma of the dark: the case of the Claremont serial killer by Tim Clarke provides detailed coverage of the biggest criminal case in Western Australia. Many Perth residents feel a close connection to this case and the victims, after 25 years of mystery and rumours.

In January 1996, I was eighteen years old. So was Sarah Spiers. She disappeared after a night out celebrating Australia Day, sparking an investigation into a mystery that would remain unsolved for two decades. Two more young women were abducted and murdered in the next 14 months, and the people of Perth came to know the names and faces of these young women, but not who killed them… until now.

A combination of cold case investigations, improvements in DNA and fibre testing, and many hours of hard work finally led to a breakthrough in 2016.  Bradley Robert Edwards was charged and later found guilty of these horrific crimes. This book provides detailed information about the trial and the evidence that led to the verdict, and is recommended for anyone who would like to learn more about it.

I also listened to the daily podcast during the trial, which covered each day’s proceedings and revalations. ‘CLAREMONT: The Trial’ podcast can be found on Spotify, Apple Podcasts and other platforms.

Are you interested in more news and information about this case? The West Australian has a number of articles plus links to the podcast.